More Than You Ever Wanted to Know About Cat Mating Season 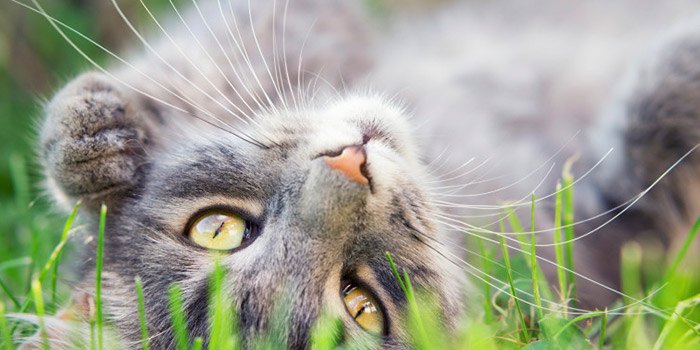 Ahhh, spring is in the air. The air is warmer, flowers are blooming, and… the birds and the bees are in full swing. Cat mating season is upon us, and if you have an intact pet, or your yard is simply home to a feral population, you probably haven’t missed that fact. So what do you need to know about our feline friends this time of year? Read on to find out.

The Reproductive Cycle of the Cat

When a female kitten approaches maturity, her reproductive system kicks into gear. In general, cats become sexually mature as they approach 80% of their adult body weight. Most often this happens between five and seven months of age.

The feline reproductive system is designed to produce kittens during the warmer months. This means that as the days start to grow longer, more and more cats start to cycle.

There are four main phases of the feline reproductive cycle:

Proestrus – During this time the female cat is preparing for ovulation. She is affectionate to male suitors but not yet receptive to their advances. She may vocalize loudly, roll around, even stick her rump in the air. This may last hours to days.

Estrus – During this time the noisy, affectionate behavior continues, but the cat will allow a male to breed with her. It is only then that ovulation occurs. This period lasts about a week.

Interestrus – In between estrus, this time occurs when the cat does not ovulate. The sometimes annoying estrus behaviors will continue and the cat will cycle over and over until she is bred, spayed, or the days begin to shorten again.

Diesterous – If the in-heat cat ovulates, she will enter diesterus. In this stage her body prepares for pregnancy and she will remain out of active heat for about a month even if not pregnant.

The Nitty Gritty of Cat Mating

The act of cat mating in person isn’t really the most romantic thing. An estrus female will seek out the attention of males. When she is ready, she allows him to mount her, during which time he will bite the nape of her neck to keep her in place. Oftentimes this is accompanied by loud yowling.

He has less than a minute to accomplish his mission before the female will stop him and often attack. After a few minutes she will often give him another chance and may do so many times in a row before she is done with him.

A successful feline pregnancy lasts between 64 and 66 days. The average cat begins to cycle again about four weeks after the birth of her kittens. This means that she can get pregnant again before the kittens leave her side.

The Value of Spay/Neuter

Cat mating is not the most pleasant thing to be a part of. An in heat female can be very noisy and downright annoying, and the presence of male suitors can lead to a very loud and bothersome rendezvous.

We are here to help decrease these bothersome behaviors and eliminate unwanted litters by providing quality, affordable services to both owned pets and the feral/stray cat population.

Besides sparing you the experience, spaying and neutering is also better for the cat in the long term for several reasons. Cats who have been altered:

Call us today if you have any questions about cat mating or spaying/neutering in general. We are experienced and knowledgeable in the field, and always happy to help.

A Smart Approach to a Big Problem: The Advantages of Flank Spays in Cats