Pyometra Takes a Bite Out of Life! 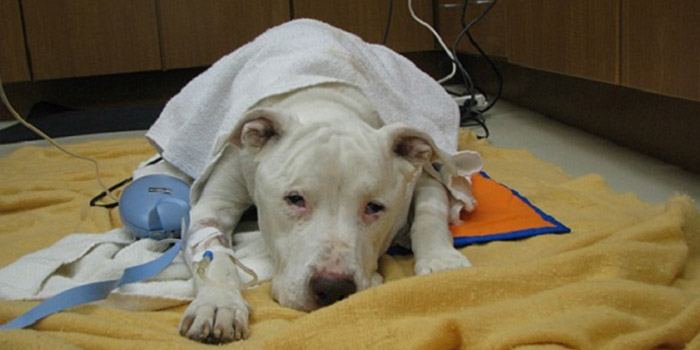 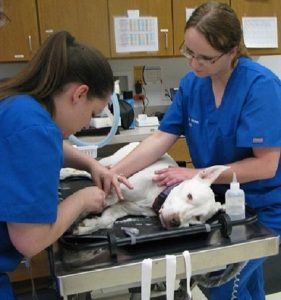 Recently, thirteen-year-old, Sugar, was brought to Pets In Stitches when she faced a life threatening situation – pyometra. This means her uterus was infected. She had lost weight, energy, and appetite and death was knocking at her door. Her owners were distraught over the thought of losing their beloved companion.

The infection in Sugar’s uterus had spread to other areas of the body causing severe illness. Eventually, this illness would lead to organ failure and death. Removing the uterus by spaying Sugar would eliminate the source of the illness and prevent a repeat pyometra episode. After surgery and with the help of supportive care and antibiotics, Sugar would then have a chance to live. Studies report that one out of four female dogs will develop an infected uterus by the age of ten. While pyometra occurs less often in cats and rabbits, it can still arise.

The Pets In Stitches team worked hard to support Sugar through her surgery and get her back on her feet after surgery. Performing a spay on a pyometra patient is difficult. The uterus can, at any moment, rupture with the pressure of handling and spill infected material into the abdomen – which is a critical situation. Dr. Rastetter and her team had to take extra care to prevent this. Sugar’s uterus and ovaries, which normally should only weigh at most half a pound at her age, ended up weighing five pounds. In addition, Sugar was a sick senior pet, thus concerns were present regarding her overall health and ability to handle anesthesia. Even the support provided at Pets In Stitches during and after her surgery may not have been enough.

Sugar’s story has a happy ending. She walked out of Pets In Stitches under her own power. Her owners worked hard to get her to eat again, which she finally did. When Sugar visited Pets In Stitches a week later, she had regained four pounds and was so much brighter and alert. Quite a change from the severely depressed and ill dog that could barely walk. Unfortunately, not every story has a happy ending. Sometimes, a pet dies before a pyometra can be diagnosed. Sometimes they die even with aggressive care. And sometimes, unfortunately, euthanasia is chosen for financial reason.

Choosing to remove the uterus prevents pyometra and is much less costly than treating the illness. Removal of the uterus can be accomplished through a traditional spay or an ovary sparing spay. Our pets don’t need to be at risk or pyometra when it can so easily be prevented. What are you waiting for?

Beyond the Spay or Neuter: Hormone Sparing Pet Sterilizations

The Question of All Questions: What Age to Spay/Neuter Your Dog